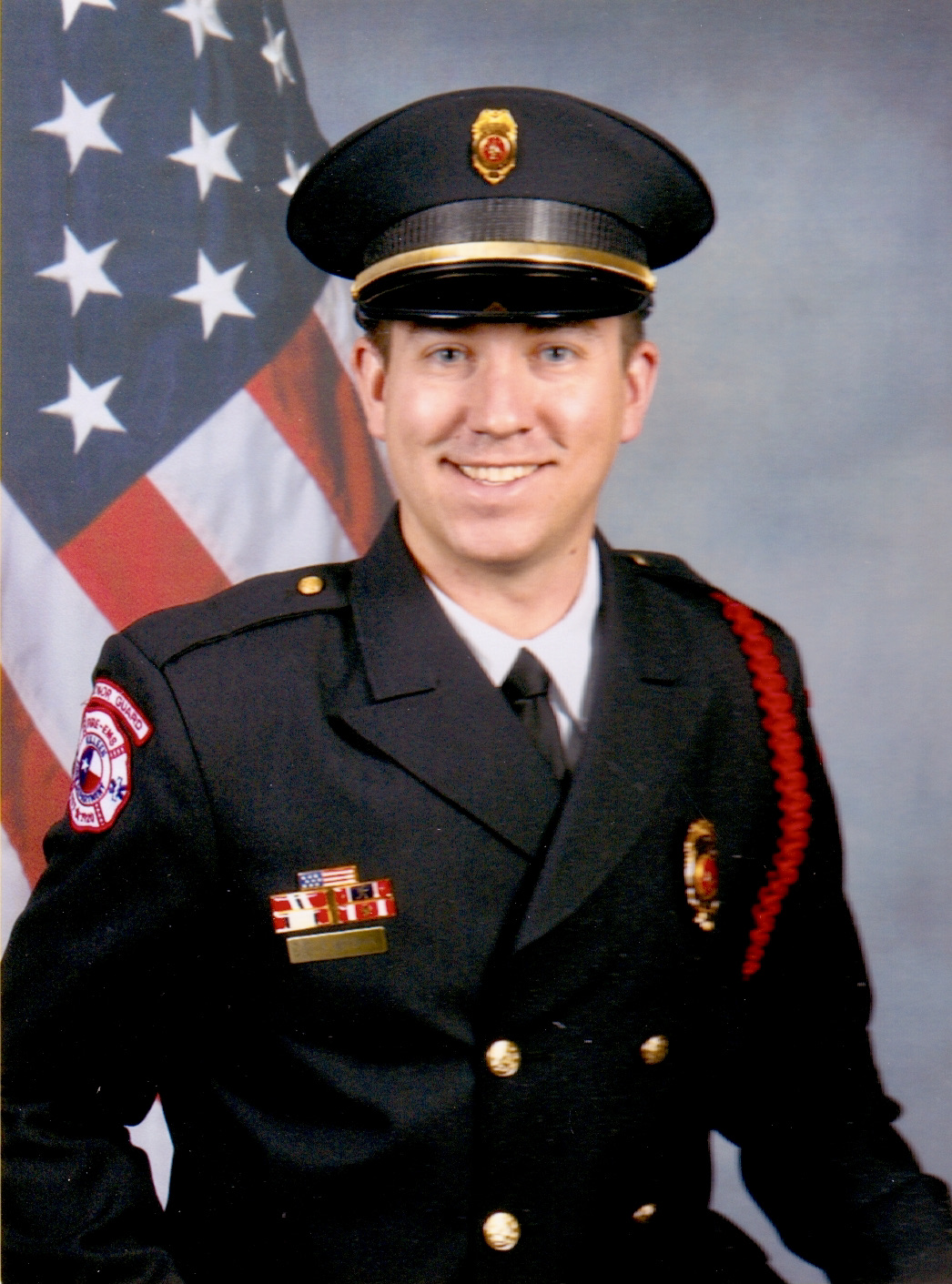 On March 5, 2021 Patrick Michael Bergman, of Temple, TX, was called home after a long battle with cancer. Patrick, 37, was a beloved friend, son, and fiancé with a servant’s heart.

Patrick was born on December 31, 1983 in Austin, Texas to Pamela & Stephen Bergman.

Patrick dreamed of becoming a firefighter since childhood. He went from playing with toy fire trucks to volunteering with the Round Rock Volunteer Fire Department. After completing Austin Community College Fire Academy in 2004, his dream became a reality. In April 2005, Patrick began his career with the Killeen Fire Department. In his fifteen years with the department, Patrick became a paramedic, received his Fire Instructor 1 & 2 certifications, taught at the Killeen Fire Academy, served on the Honor Guard, and was awarded Firefighter of the Year in 2015. Patrick also gave his time to Bell County Communications as a fire dispatcher receiving Dispatcher of the Year in 2012 & 2013.

In the past year, Patrick became an active volunteer for the Firefighter Cancer Support Network. He wanted to ensure that his KFD family was protected from a career causing cancers and he provided support to fire fighters recently diagnosed with cancer.

Patrick was an active member of Vista Community Church and loved to serve on the Host team. You could find him on Sunday mornings handing out high fives!

When Patrick was not working he enjoyed going to sporting events, working in his yard, and taking the girls to the dog park. He spent his free time with his niece & nephews and loved showing off his fire station.

We are so very thankful for Kristen Brueggemann, Dr. Morris Groves, and Dr. Andrew Brenner, as well as our infusion nurses at Texas Oncology Midtown.

We also want to thank our wonderful nursing staff (even our unofficial nurses) and physicians at Scott & White MICU and Palliative for caring for Patrick as one of your own.

The family has requested memorials in Patrick's name be made to Head For The Cure.