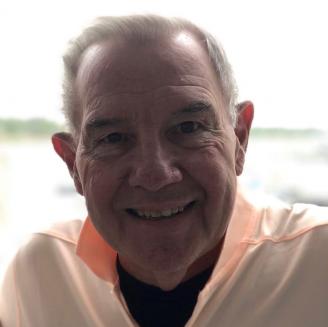 After being diagnosed with Glioblastoma in 2019, there was no question where our dad, Dr. Wally Brown, was going to receive treatment. After doing his pediatric residency at UNC-Chapel Hill in the late 1960's, our dad joined a private practice in nearby Raleigh, NC, before retiring after almost 28 years. Following this, Dad returned to his beloved UNC-Chapel Hill, retiring from there after almost 15 years as Professor of Pediatrics. Upon diagnosis, it was a "no-brainer" as to where he would go to fight this disease. After initially being given 18 months as a survival statistic, our dad will be approaching his 2-year anniversary this October with, thankfully, still no significant signs of progression of cancer. He credits the wisdom and care of his doctors, Dr. Simon Khagi at UNC, and his primary caregiver, Dr. Ben Fisher in Raleigh, for this milestone. Dr. Khagi has informed our dad that he has gone beyond the bell curve: there is not a plethora of data to use as reference in his case; as an 80-year man coming up on a two-year anniversary of such a diagnosis, Dad is pretty much his own focus group at this point. He continues to stay active, whether swinging a golf club or socializing with his family and friends. A lifelong learner, 2 years ago, upon being wheeled into surgery to excise his recently discovered 7 cm brain tumor, Dad asked his surgeon Dr. Brandon Burnsed if he could keep the tumor after it was removed. When Dr. Burnsed hesitated, Dad's reply was, "Why? It's mine; I grew it." It is this wit and love of his craft that has enabled him to so skillfully help the rest of his family and friends come to terms with this diagnosis. Ever the healer, he has focused on making sure we understand this disease and its effects from the clinical side, seamlessly navigating between healer and patient. Even while staring down this disease in the face, he has managed to remain steadfast in his care of those around him, breaking bell curves all along the way.