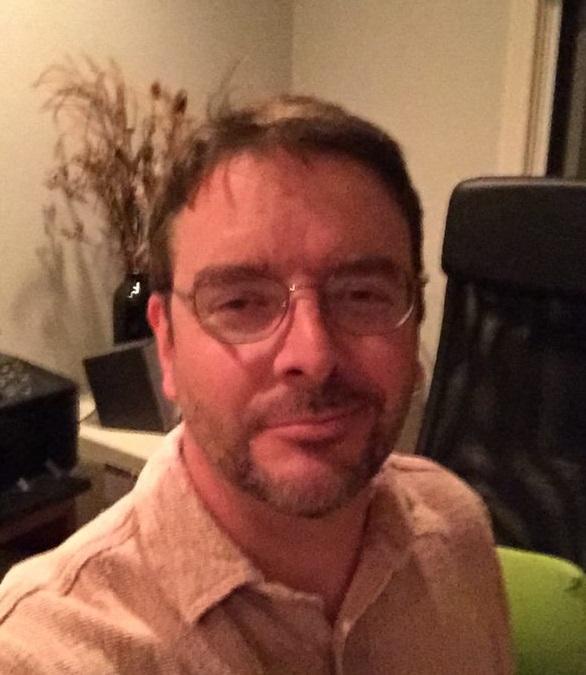 PETER JOSEPH BUCHANAN arrived on June 27, 1964 at La Chapelle-St. Mesmin in the Loire Valley of France, where the family lived during Dr. Buchanan’s three-year assignment to the U.S. Army’s 34th General Hospital. The family returned to the United States when Peter was a baby and he grew up in suburban Washington, D.C., and finally Elyria, Ohio, where the family settled after Dr. Buchanan’s retirement from the Army.

Pete attended Elyria Catholic High School, Embry Riddle Aeronautical University (in both Prescott, Arizona and Daytona Beach, Florida) and Ohio State University in Columbus, Ohio, graduating with a degree in engineering. Peter was a longtime engineer with MTD Products in Valley City, Ohio, a job he loved and through which he was awarded multiple patents.

A band of brothers -— Jim, Tim, Sean, Doug, Dan and Dave — traveled with Pete throughout his life, sharing adventures (Grateful Dead concert mystery!) a love of gaming (what’s up with those painted figures?) and more. It’s a testament to their friendship that the bond was never strained during times of trouble.

Peter also loved driving fast (seriously, pushing a rusty, rackety old Plymouth Valiant to 100 mph in the dead of night on a Georgia interstate — what were you thinking?) skiing, dancing, elegant airplanes, beer and sushi. Most important, he loved Melissa.

On April 22, 2017, Peter and Melissa married in Strongsville, Ohio, before a small gathering of family and friends. He wore grey and she wore violet, and the vows were lovely. Pete barely finished speaking his before taking Melissa in his arms for a deep kiss. Their commitment to each other (and the kitties) is unfailing. They deserved much more time together.

Peter’s faith carried him through good times and bad, including his battle with glioblastoma.

HUSBAND, SON, brother and friend. You are much loved and greatly missed.