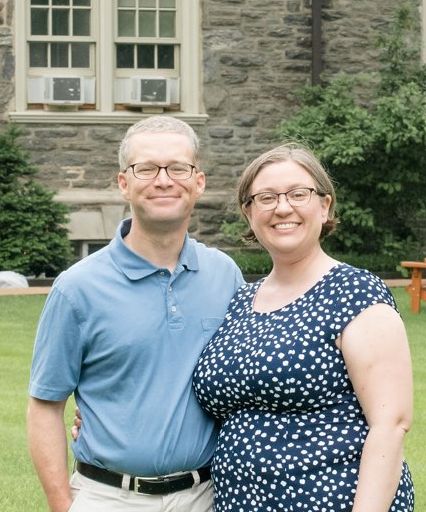 Our Lord welcomed Samuel A. Basile III (age 42) of Bethel Park, PA into Heaven on Wednesday, July 15, 2020. Sam fought a valiant five-year battle with Brain Cancer. Left to cherish his memory is his high school sweetheart and wife, Nicole Marie Basile, with whom he would have celebrated 18 years of marriage on August 9. He was a proud and devoted father of Samuel Joseph Basile and Alisa Nicole Basile, adored son of Samuel A. Basile, Jr. and Diane Basile, loving brother to Michael Basile, Dominique (Matt) Izbicki, dear uncle of Bryce Izbicki and Ashley Izbicki, cherished son-in-law of Paul Dunn and Linda Dunn, and beloved brother-in-law of Jason (Stefanie) Dunn. He was preceded in death by his brother, Joseph Mark Basile, grandparents Dominick and Dorothy DeRose, and grandparents Samuel A. Sr. and Eleanor Basile.

Sam was born June 14, 1978. He was a 1996 graduate of Peters Township High School and 2001 graduate of Pennsylvania State University with a degree in Chemical Engineering. He earned the highest award for Boy Scouts, the Eagle Scout Award. Sam was employed as an Environmental Engineer by the Department of Energy for the Naval Research Laboratories at Bettis Atomic Power Laboratories in West Mifflin, PA.

Sam loved all aspects of life, especially spending time with his family and friends, watching and being a part of all the activities in which his children participated, Disney World, golfing, Penn State, Steelers, Penguins, and everything Black and Gold, reading, attending concerts, and running 5K's which he started training for after his diagnosis. As one of his dearest friends said, Sam was the best of all of us. Sam was a family man, a husband, father, son, brother. He had also been a member of the Pittsburgh BCA5K team for a number of years.

After first being diagnosed in May 2015, he trained to run 5K's. He was proud to complete a number of 5K races, including the Pittsburgh BCA5K as a survivor two years in a row. He was preparing for his first 10K, when he had a recurrence in Sept. 2018. He strived every day to not just survive, but also thrive after surgery, a re-irradiation clinical trial, and chemotherapy. He was proud to bring the Survivor Tent to the Pittsburgh BCA5K. Positive energy and the love and support of family and friends kept him moving forward. His family is so proud of his fight, his accomplishments, and his will to keep moving forward through enormous struggles. The family would wholeheartedly like to thank Dr. Jan Drappatz, Dr. Nduka Amankulor, Ashley Pritchard, Lauren Theis, and the staff at UPMC Hillman Cancer Center. We are profoundly grateful for their compassion, care, love, and excellence in medicine.