Each year, teams participate in our annual Head for the Cure 5K - Detroit. Steph's Star Steppers participates to celebrate Stephanie Nave's story and courageous battle with brain cancer. By participating in this event, you are helping fund research and programs to support the brain tumor community. Learn more about Stephanie below! 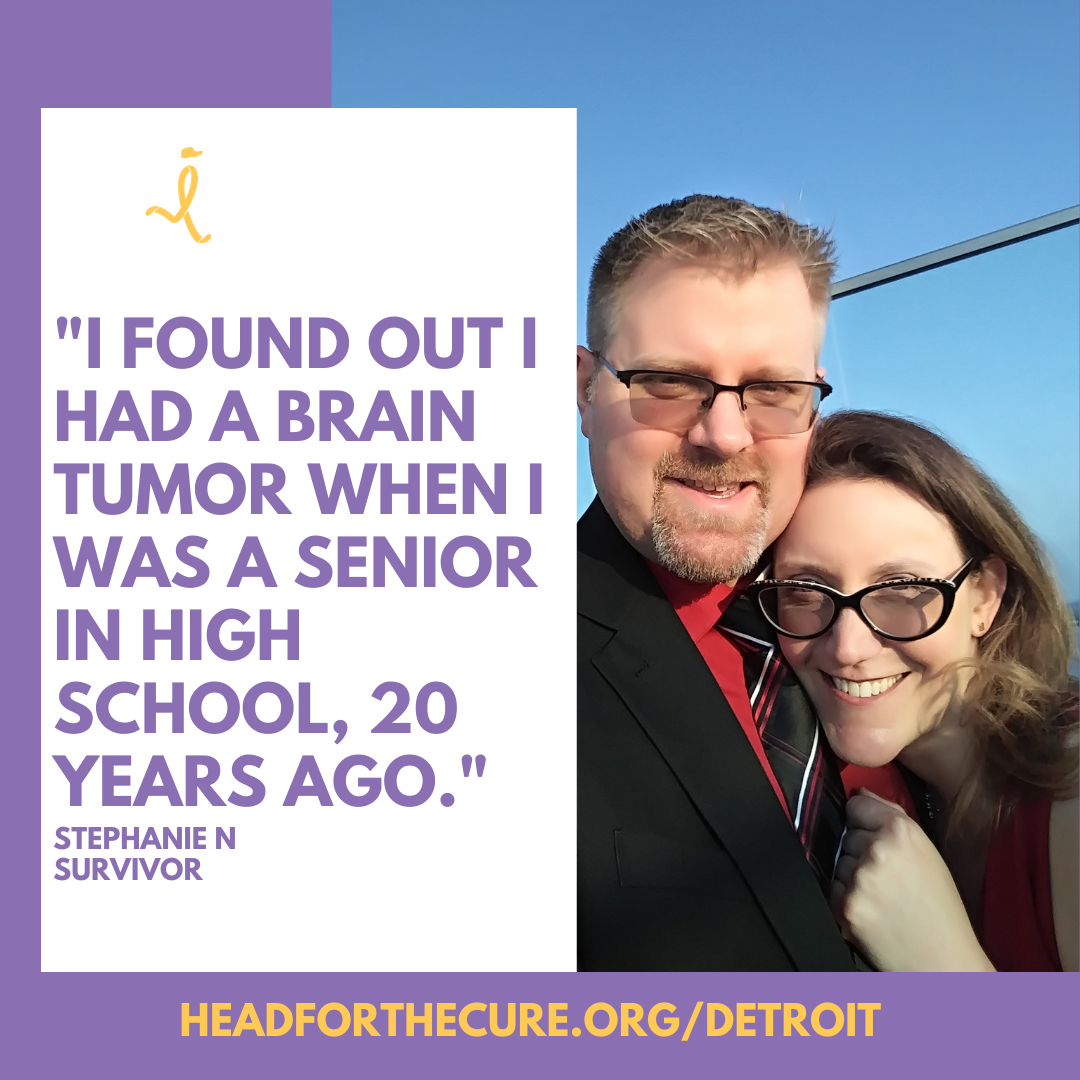 I found out I had a brain tumor when I was a senior in high school, 20 years ago. My mom brought me to a routine MRI for my Epilepsy that I have, they never used contrast before so when the tech's came out to give me a shot I was surprised. This is when they were complaining about my lack of veins to go in.

However, the important part is when we came home my doctor left a message on the machine telling us to come back in to see him because there was something on the MRI.  At this point, we had to choose who was going to do my surgery and what hospital to go with, etc. I was with Beaumont at this point then I met my first surgeon, Dr. Bienkowski, from Henry Ford who had a better technique than the one from Beaumont so we decided to go with him.  My surgery would still be at Beaumont though, as we were not comfortable going to Henry Ford for surgery yet. He had no problem with that, as he had privileges there.  From that point until I was 21 I think I saw him (or until he left) then I started seeing Dr. Rosenblum for the last of them...after that, I could only have radiation and chemo. My Oncologist is Dr. Donthireddy. She is the best and has helped me for so long. The guy who was my boyfriend at the time, Andrew, is now my husband! How many guys that young would stay with a girl in High School when she finds out she has a brain tumor? He did and has stayed for the last 20 years, married for 15 of them!