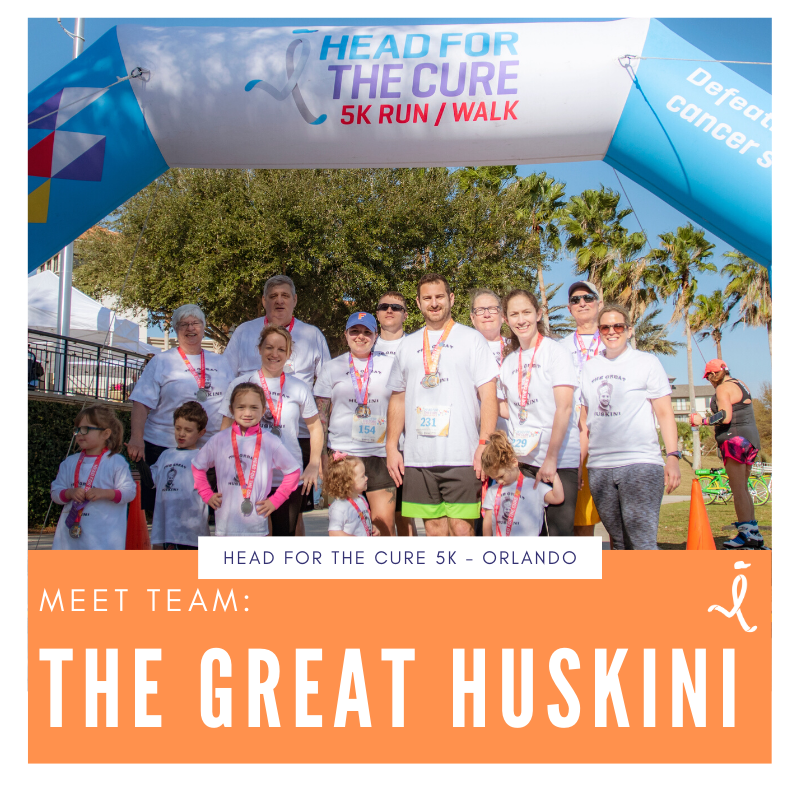 Paul Huskins went to the doctor in November of 2012 after suffering from constant headaches and “weird” feelings. An MRI determined that Paul had a mango-sized mixed grade oligoastrocytoma tumor. On February 13th, 2013 Paul underwent 9-hour brain surgery. The surgery was successful, and they were able to remove the entire tumor. After spending 4 weeks in the hospital following surgery, Paul did six weeks of radiation and one year of chemotherapy. Paul had setbacks in both his speech and ability to use the right side of his body. He worked hard through speech, physical and occupational therapy for months post-surgery, but he never gave up or lost hope.

This February marks his 7th year as a survivor and his 5th time participating in a Head for the Cure 5K run/walk. Paul has participated in HFTC races in Austin, Texas, Raleigh, NC and Orlando! Paul received a Keeping the Faith recognition at the Inaugural Head for the Cure 5K – Orlando back in 2018. Paul is currently an assistant coach for the University of Florida’s Men’s Club Lacrosse and helps out with two other brain tumor charities in Gainesville, Florida. He is still working on memory and possible seizure issues at the University of Florida, but he says, “…walking the Head for the Cure entire course inspired me to keep going!”.

Every year The Great Huskini team celebrates the anniversary of his surgery as a way to reflect on how far Paul has come, and also to have hope for the future!